Why Slips, Trips and Falls Don’t Care If You’re ‘Careful’ 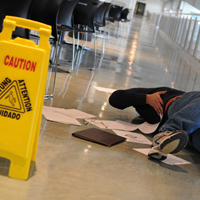 Slips, trips and falls are often seen as a common sense issue, if they’re thought about at all. Pay attention, don’t be stupid, look where you’re going - in other words, keep your wits about you, and you should be smart enough to avoid any danger. What few realise is the extent to which slips, trips and falls forego logic, and make a mockery of common sense solutions. (Read More)

Small slips have a myriad of different causes, and paying close attention to your surroundings may only get you so far. Not all trip and slip hazards are as obvious as others: oil spills can blend in with dark flooring, while water can easily go unnoticed in the wrong light. Some hazards aren’t there one day and are the next, from objects which have been dropped or left behind to flooring that’s suddenly broken, or been gradually worn away.

It’s not just the hazards that lead to slips, trips and falls happening which are commonly underappreciated. Few healthy adults also realise how much damage a fall can do in the wrong circumstances. Consider for instance that only 17% of deaths resulting from falls from height in the U.S. occurred at a height of three stories or more - meaning that 83% of fall deaths were from a seemingly survivable distance.

Most of us will have experienced the sensation of almost tripping or falling over at some point and avoiding it, chuckling at our ninja-like reflexes. Few will have thought about what might have happened if their reflexes hadn’t been as good, if they’d been carrying something at the time - something sharp or heavy, say - or indeed the effect it might have had on someone who was physically impaired.

Too often, we have these near misses at work and fail to report them, as there’s a perception that because nothing bad ultimately happened, there is nothing to report. We take an ‘every man for themselves’ approach, where avoiding slip, trip and fall hazards is a gauntlet we all run, and where any accident is a matter of personal responsibility. We put our fates in our own hands while assuming that others will keep the workplace safe for us.

This bizarre safety paradox ignores the fact that not everybody is equally attentive, and not everyone can be relied on to uphold basic tenets of safety. The idea that you can afford to look out for yourself only works if everybody is tuned in at all times. If one person in an individualistic safety culture lapses - and that could be because they’re tired, or rushing - they will be running through a minefield of potential trip hazards.

A proper approach to slips, trips and falls puts collective responsibility at its heart. Instead of relying on active risk avoidance - individuals avoiding mistakes - it harnesses both active risk identification and passive controls. Employees who spot potential hazards are encouraged to report them immediately, as is anyone who has a ‘near miss’. Passive safety meanwhile involves training and awareness, instilling good practices and avoiding the development of hazards.

Slips, trips and falls are among the most common causes of workplace injuries and deaths for a reason. As well as being the most common issues, they are also the most seemingly innocuous, frequently ignored, and easily caused. This isn’t because the risks are difficult to cut out, but because we continue to abdicate responsibility for fixing them, and ignoring the warning signs when they appear. It’s time for a serious reconsideration of slips, trips and falls safety - one that reminds people exactly why they don’t care if you’re careful.

This post was contributed by Lee Sadd, Operations and Training Director at SAMS Ltd. SAMS is a leading provider of health & safety training and consultancy, and offers a range of classroom courses, business advisory services and event management solutions. 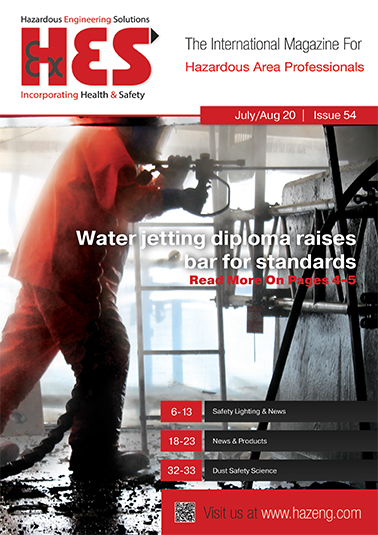